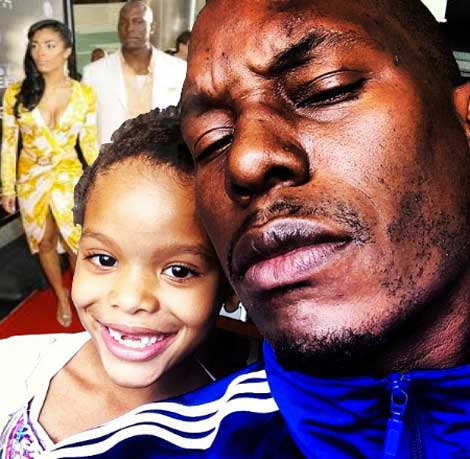 HSK Exclusive – Norma Gibson may have given Tyrese a daughter — but ‘ol Baby Boy reportedly wants the 33-year-old single mom locked up! Know why? Ty apparently didn’t get HIS way.. Specifically, a scheduled visitation with his daughter “because the six-year-old “was sick.”

This, less than two-weeks after Norma blasted Ty for being “an absentee father.” Now.. freshly back in from an extended trip in Dubai, could Ty be pulling rank with his bank?

The answer may lie in a recent set of IG posts. Ty’s IG reveals.. just in the past few weeks he’s launched construction of “the ultimate backyard for my little girl”; purchased a set of pricey American Dolls for her and a friend; and thrown a kids party — complete with a hired ‘Snow White.’ Amidst the slew of social media blasts, one IG video clip has Ty admitting to be “worn out” from one visit, asking his daughter “Can I go to sleep now?” 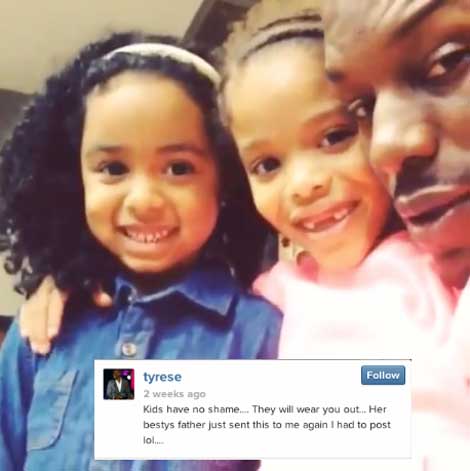 Here’s the latest report in the Gibsons’ bitter custody battle:

“Tyrese went to Norma Gibson’s home in North Hollywood Tuesday night to pick up their 6-year-old daughter. Sources say Norma did not want to hand the kid over because she was sick.

But before he got there … we’re told Norma called police because she felt the custody order did not require her to turn the kid over and she needed cops to look at the document. LAPD officers arrived and Tyrese showed up as well.

Cops talked to Tyrese and left … and so did Tyrese — without the kid.

Law enforcement sources tell us there was no disturbance of the peace … no police report was taken and as far as they were concerned it’s case closed.” 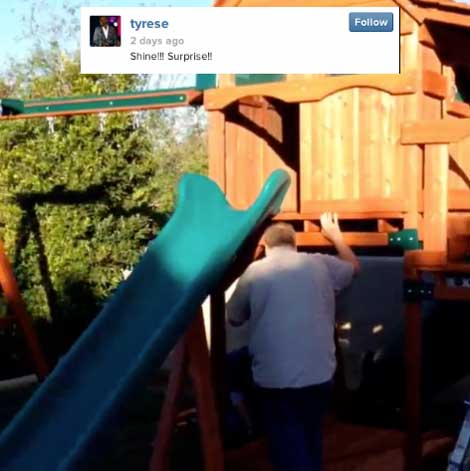 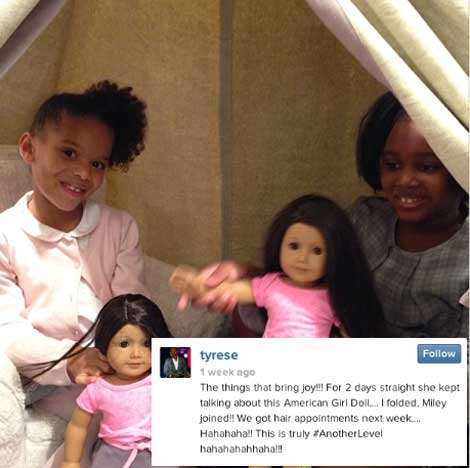 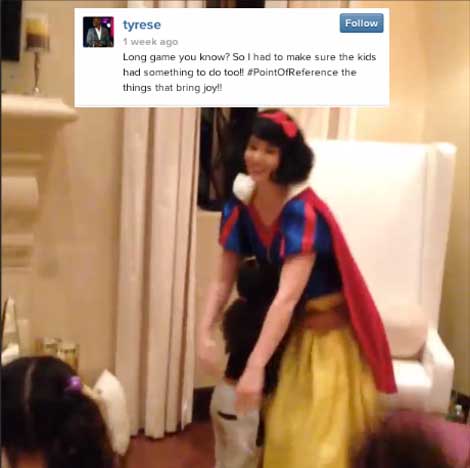