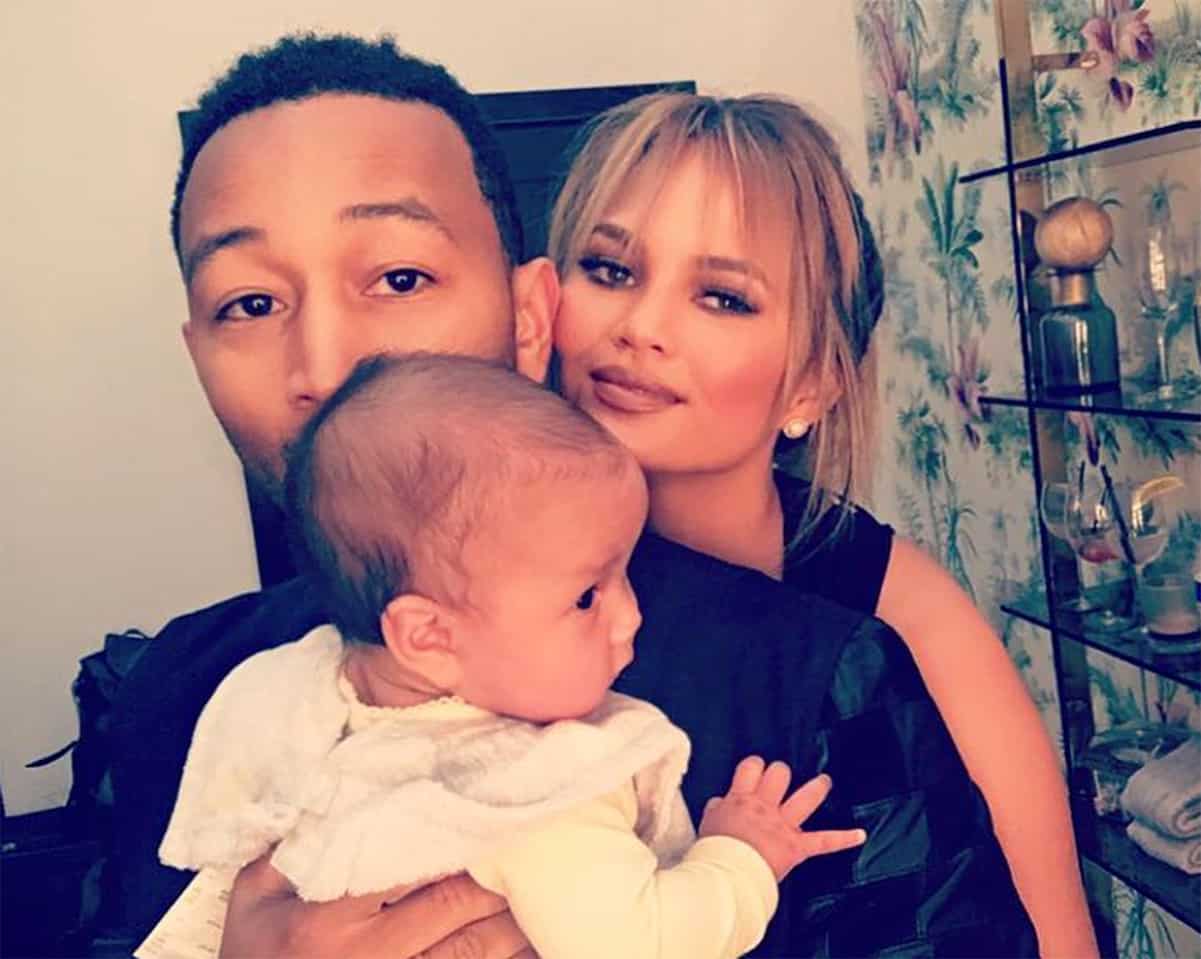 John Legend doesn’t play when it comes to his family! The singer is threatening to sue a conspiracy theorist who suggested his wife, Chrissy Teigen, was apart of an elite circle of pedophiles and creeps!

Alright. I debated saying something about this but I’m pretty disturbed over here. The fact that there are people with these…thoughts…is really scary. pic.twitter.com/9OtWKHxUgR

Chrissy you run in circle with people who rape, torture & traffic kids. This is a fact, I expose sex trafficking for a living. https://t.co/xg3uefOWSv 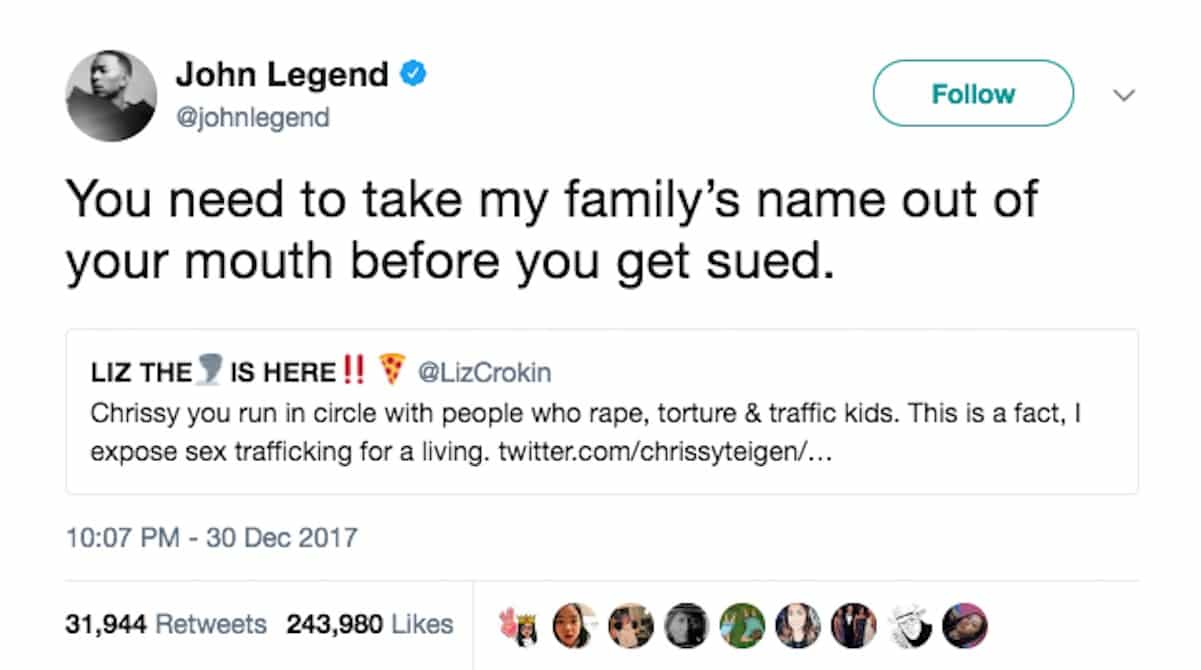