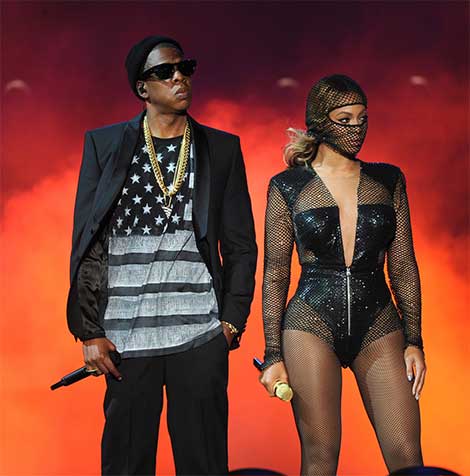 Beyonce and Jay Z are reportedly in the recording studio collaborating together on some new music.. Know why? Because 44 year old, Jigga, is using his wife to stay relevant in this American Idol era.

“Sources close to the couple said the album is set to be released in late 2014 or early 2015. Expect a joint album tour as well.”

Here’s what an insider said: