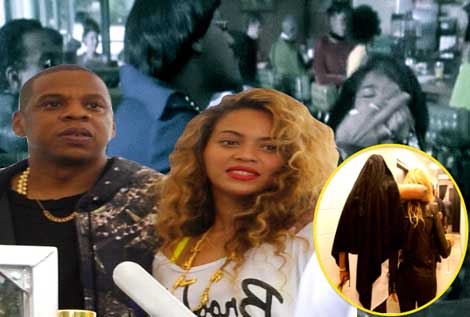 No one can deny that Beyonce straight jacked the essence of Anna Mae ‘Tina Turner’ Bullock, but Mr. and Mrs. Carter could be the spitting image of what’s depicted in the [very one-sided] movie “What’s Love Got To Do With It” … in which Hollywood paints Ike Turner as a relentless wife-beater.

That’s the type of husband Jigga admits to being.

Hova makes the revelation on Beyonce’s music video “Drunk In Love” — with Beyonce happily standing behind him while mouthing Jay’s words.

Check out a snippet of Jay Z’s verse in the song: