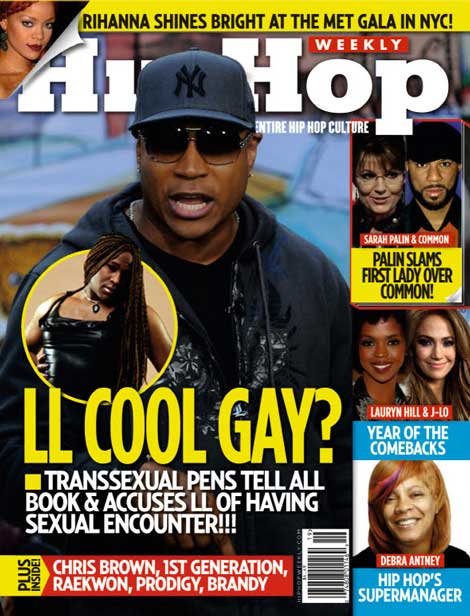 HSK’s exclusive coverage of LL Cool J’s recent gay allegations have led me to land the top story of Hip Hop Weekly’s upcoming issue, but it wasn’t easy to write the story for the magazine. Know why? Because I had to learn an entire new format of writing mane…

When I write blogs, I tell it as it is. I quickly learned when writing for a commercial publication telling it as is is can cause a walking on egg shells effect, because the magazine has advertisers and industry relationships which hold them to a standard we don’t have here on HSK.

In all, I wrote two articles for Hip Hop Weekly’s latest issue – a profile piece on hiphop manager and Waka Flocka’s mother, Debra Antney, and the LL Cool J cover story. Both articles proved to challenge my writing skills, because it was a first for me to write for a major publication.

Though the LL Cool J story was my debut magazine cover story, I’m sure it won’t be my last. Know why? Because I write fresh stories and have have no fear putting people on blast mane.

Be sure to pick up this weeks issue and tell me what you think!

Now, I’m working around the clock in putting together my first book tentatively titled: “Hollywood Street King”, and you must admit that I’m doing pretty good for a high school drop out who suffers from Dyslexia.