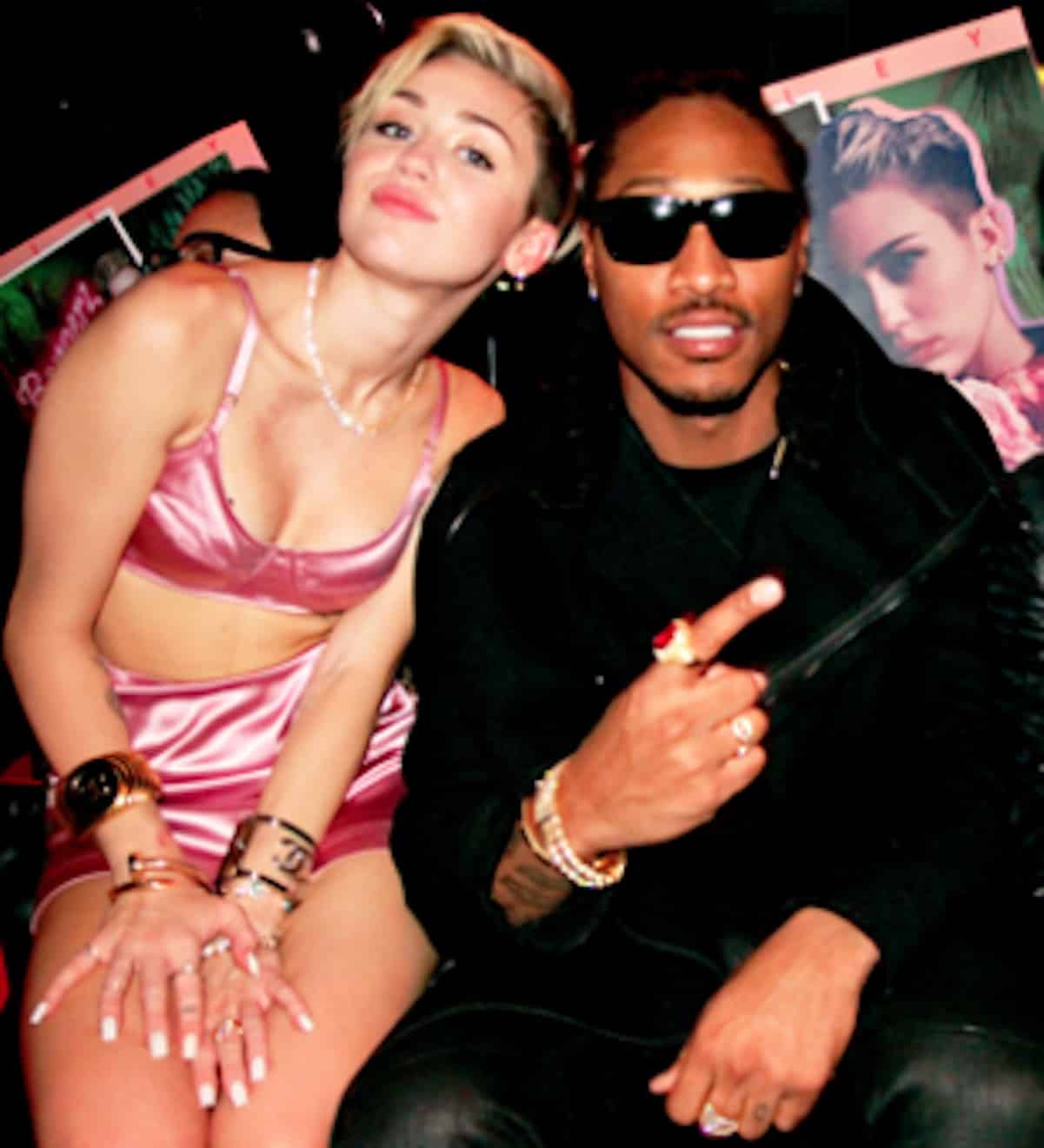 Miley Cyrus ran through the Hip Hop industry, made tracks with Future, French Montana, Mike Will Made It and Rico Love, collected her coins and bounced!

The former twerk addict has given up her bantu knots and gold fronts to return to her white fiancé, Liam Hemsworth, her cowboy boots, and country music.

In an interview with Billboard, she said she’s done with the kind of Hip Hop music she released in her 2013 album Bangerz because it’s too sexually graphic and materialistic.

When her former industry friends found out she had smashed and dashed on the rap industry, they were mad AF! Peep Rico Love’s comment at the bottom: 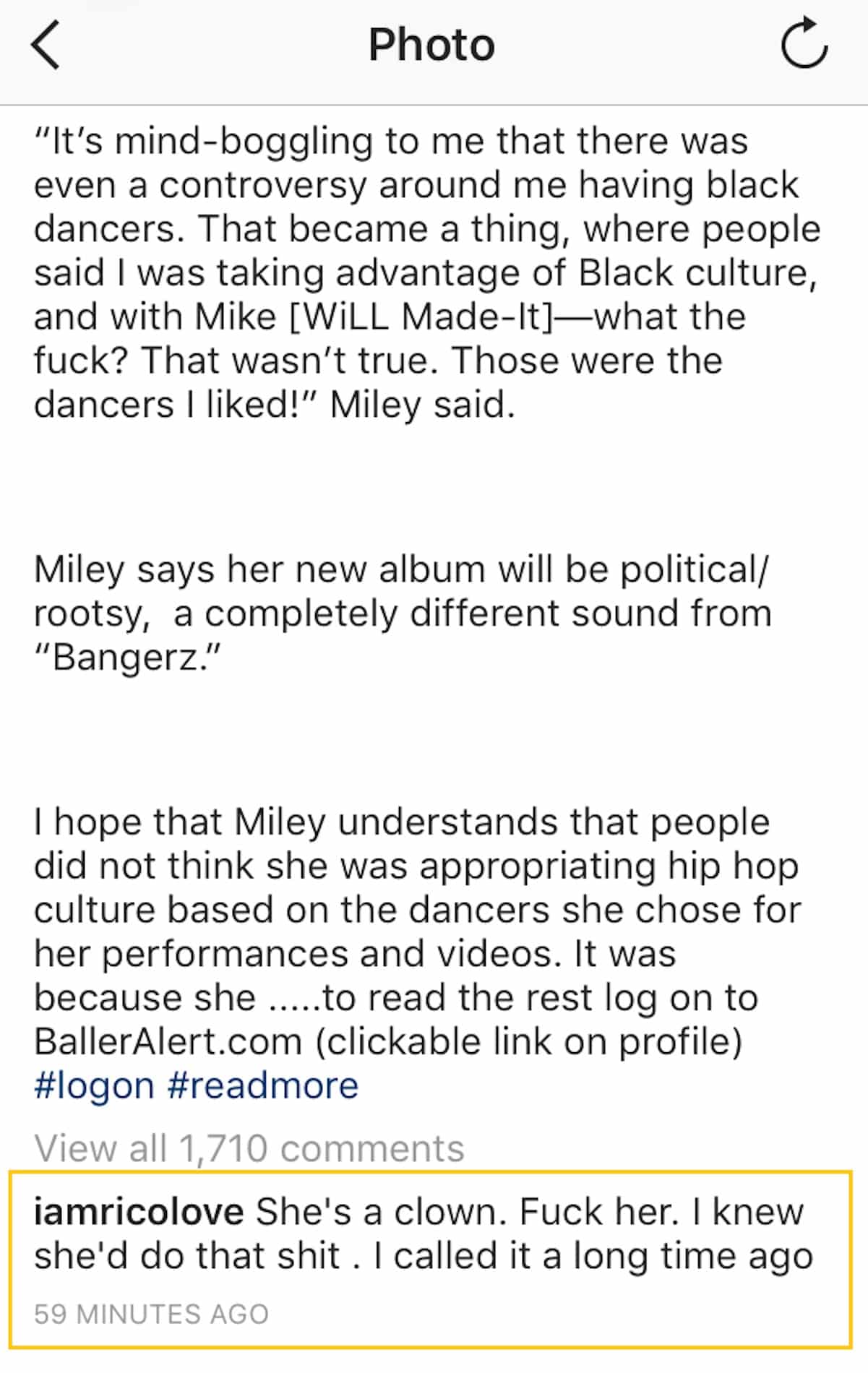 Her rumored ex-boo, Mike Will Made It, is also said to be in his feelings.

She later tried to defend herself after receiving backlash.

When articles are read it isn't always considered that for hours I've spoken with a journalist about my life , where my heart is, my perspective at that time, and the next step in my career. Unfortunately only a portion of that interview makes it to print, & A lot of the time publications like to focus on the most sensationalized part of the conversation. So, to be clear I respect ALL artists who speak their truth and appreciate ALL genres of music (country , pop , alternative …. but in this particular interview I was asked about rap) I have always and will continue to love and celebrate hip hop as I've collaborated with some of the very best! At this point in my life I am expanding personally/musically and gravitating more towards uplifting, conscious rap! As I get older I understand the effect music has on the world & Seeing where we are today I feel the younger generation needs to hear positive powerful lyrics! I am proud to be an artist with out borders and thankful for the opportunity to explore so many different styles/ sounds! I hope my words (sung or spoken) always encourage others to LOVE…. Laugh…. Live fully…. to be there for one another… to unify, and to fight for what's right (human , animal , or environmental ) Sending peace to all! Look forward to sharing my new tunes with you soon! – MC

What do you think about the “new” Miley? Are you LOLing at these Hip Hop heads getting played?