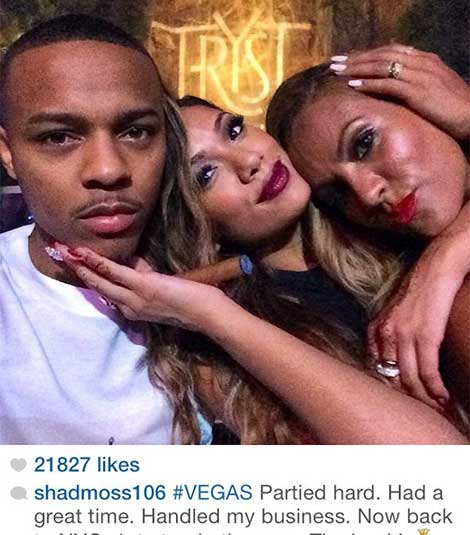 HSK Exclusive – Erica Mena picks up inspiring models from modelmayhem.com, nightclubs and random chicks from the streets. Know why? Because Mena spoils Bow Wow by bringing home girls for threesomes.

Here is what a friend of the pair is saying:

“Erica loves eating p*ssy, so she likes to give Bow Wow a show. When Erica’s done with the girl she let’s her man join in.