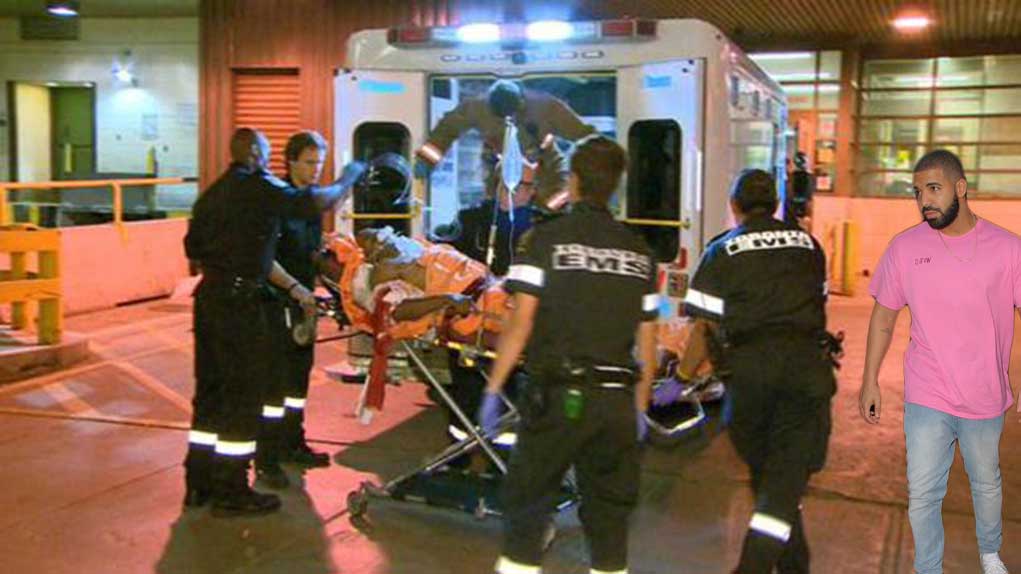 HSK Exclusive – Could a member of Drake’s clique be responsible for the shooting massacre that left “a man and a woman” dead, sent “two men and a woman” to hospital, during Toronto’s OVO Fest after party? According to multiple sources from Tha 6, the answer is YES. This could corroborate details alleged to explain how guns were carried through passed tight security and into Muzik nightclub.

“The shooting began inside Muzik, Tuesday morning, around 3:20 a.m.”

A former Muzik security guard exclusively tells HSK, “the side door” is the only possible way anyone could have sneaked guns into the club. “Going through the main entrance of Muzik nightclub is like going through an airport security,” the source explains. “But the side door is free and clear, exclusively used by celebrities and their crew.”

“Investigators must now probe how one or more guns made it inside Muzik club — past a phalanx of police officers outside and more than five dozen security guards, some of whom were specially trained to conduct body searches on everyone entering.” – The Toronto Star

This disturbing information seems to support eyewitness reports placing the culprit/culprits in the club’s VIP section at the time of the shooting. And, we’re told, it all went down with Drake on deck! “The burst of about 10 gunshots seemed to happen out of the blue,” a source reports. “Near the VIP area, where people had been partying at tables with bottle service.”

“This was a brazen, large-scale ongoing firearm incident, where our officers and members of the public were directly in the line of fire.” – Toronto Police