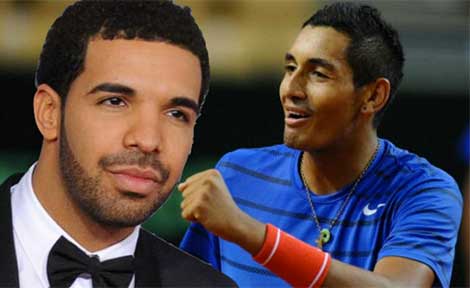 Has Drake scored 1-Love on the tennis court? Nick Kyrgios — who blames the Toronto kid’s tunes for throwing off his Wimbleton game — seems to think so. Now we’re not too sure what’s being wagered, but the boyz may soon be hookin’ up for something…

“Kyrgios blamed his bad start and general lackluster performance on the music he was listening to before the first set.”

Check out what the Australian tennis teen prodigy told the press:

“I came out really flat, so hopefully I won’t listen to that again! It was actually Drake. Didn’t do the job for me,’ Kyrgios said after the game.”

Drake responded with this statement: