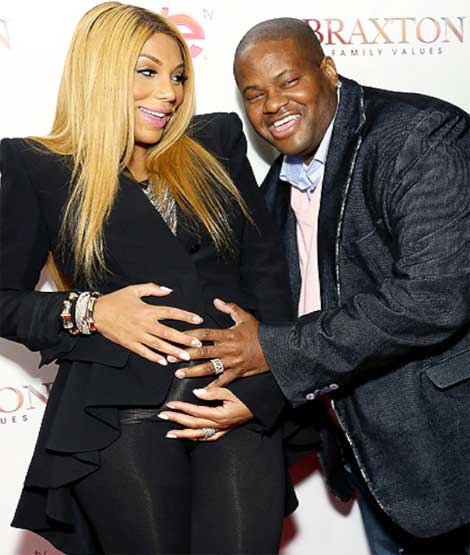 Tamar Braxton may have bitten off more than she can chew. Know why? Because not only has the singer revealed she hasn’t exactly “connected” with her new bundle of joy, baby Logan Vincent Herbert … she also says she was far from the ‘glowing’ pregnant lady type.

“Tamar is not happy because it was all a part of her plan for a record deal!”

“I hated being pregnant. I felt like Invasion of the Body Snatchers. It’s beautiful and it’s great just like everyone says, but there’s another side to it. My back. My feet. My skin went absolutely nuts. I had the itchies the whole day. Imagine scratching all day and you can never get to the itch.

Does Tamar clown Vince about his weight whenever he tries to bully her? Of course. Don’t believe me.. Ask Toni.