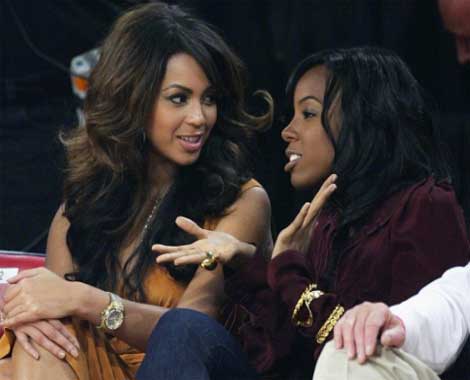 As word of Kelly Rowland — being dropped from Universal Republic — continues to spread, one insider is wondering: “If Beyonce may have called in a favor at the record label.” Know why? Reports reveal.. Roland “is no longer listed on Universal Republic’s roster.”

Neither Rowland, nor Universal Records, have yet to address the news, but Rowland’s ‘Talk a Good Game’ has been dubbed a flop. Sources say “the album sold just 215,000 copies worldwide.”

“There were plans to re-release the album with some additional tracks, but that has yet to be announced. It’s not clear if that idea will even happen if the rumors of the singers cut from Universal are true.”