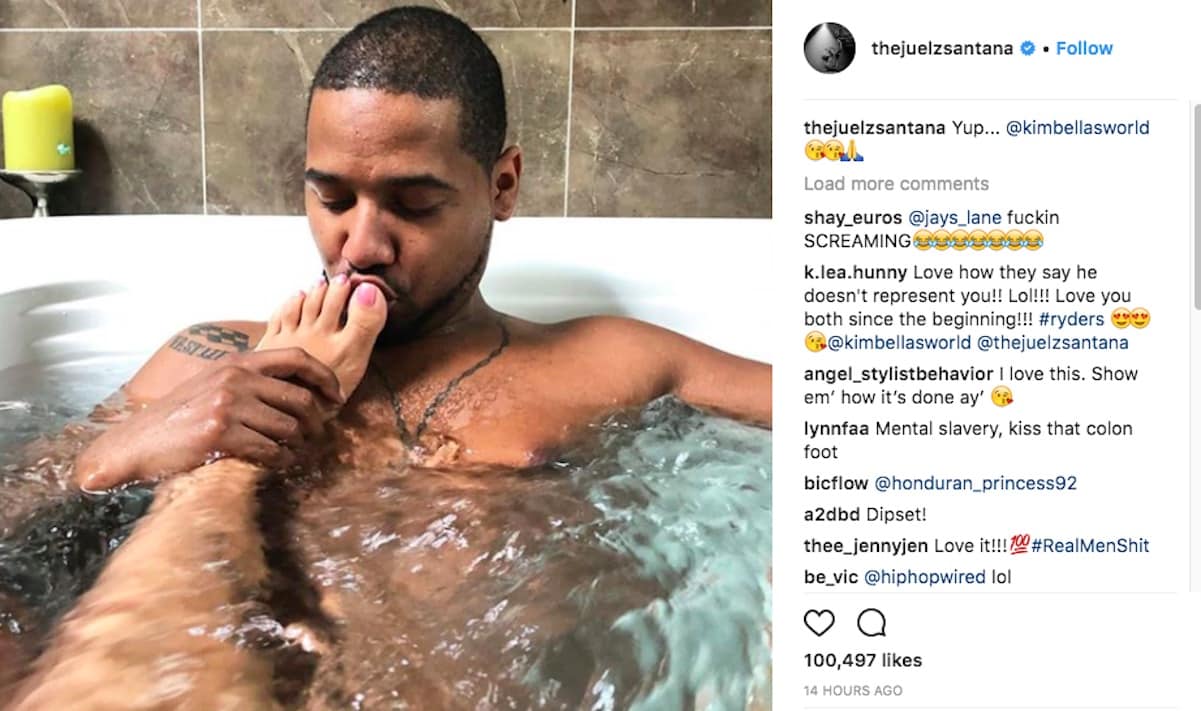 Juelz Santana was arrested for fleeing Newark Liberty International airport after a gun and drugs were found in his luggage. After being released from jail, the 36-year-old rapper was placed on house arrest and ordered to stay at his mom’s home. The judge also ordered him to stay away from his baby mama Kimbella Vanderhee’s house.

Well, last night, Juelz posted a picture of himself getting some action with Kimbella’s feet in a bathtub. Is he violating his house arrest or did Kimbella drop by his mama’s house to get her toes sucked?