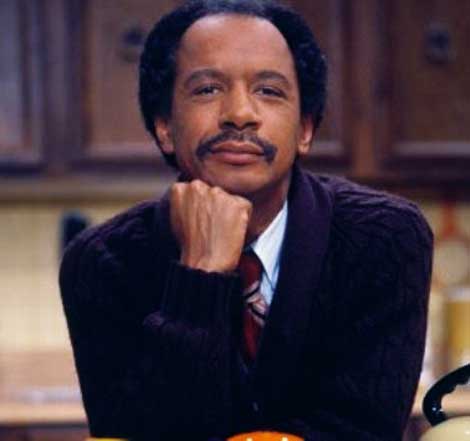 HSK Exclusive – The son of the former long time manager of the late actor who played George Jefferson is looking to set the record straight. You may remember Hemsley’s body was kept on ice for almost three-months after the actor’s death – until the 74-year-old’s estate was awarded to his “beloved partner” Flora Enchinton.

Now, Ken Johnston’s son – Steven Johnston – is speaking out to let the ‘gold-digging’ truth behind Enchinton be known.

Here’s what Steven Johnston wrote me about the Sherman Hemsley situation:

That’s for taking the time to get in touch with me! There are many misconceptions about Sherman and my father Ken Johnston, as well with Flora Bernal that need to be rectified.

My father was Sherman’s manager from late ’79 until Sherman’s death in July 2012. Flora Bernal is my fathers, has been my father’s girlfriend from late ’94 early ’95 and not Sherman’s “beloved” as the media reports.

My father first met Flora while him and Sherman were traveling through Vegas. My father was smitten with her at first due to the fact she had “big f*cking tits” and she passed on a photo of her daughter in hopes of jump starting a singer career for her. Soon after that meeting, my father and Flora became romantically involved. She remained a resident in El Paso and my father lived in Sherman Oaks, CA and Sherman in the Hollywood Hills (1907 Jewett drive).

Because of bad investments (ie: movies, music projects, real estate, etc), the bottom dropped out on their mini empire in May 1999 and my father felt it best to flee California and regroup. My father suggested El Paso (so my father could be close to Flora) and even though he didn’t want to go, Sherman begrudgingly went along with the plan. The plan being that they work from El Paso until they can return to Los Angeles one day as Sherman and my father both wanted to do.

Sherman always preferred Los Angeles over El Paso and Philadelphia. When I picked him up and took him to Isabel Sanford’s funeral at Forest Lawn, he told me that this is where he wanted to be buried! Now Sherman’s beliefs were of the “All Is Love, and Love is All” and felt our bodies were a vessel for life and when finished, the spirit moves on and the body is nothing. But he knew his “body” would be laid to rest and he wanted it to be at Forest Lawn.

During their time in El Paso, Sherman, my father and my half brother (he was 7 at the time) lived on Tom Ulozas Drive and Flora lived on George Archer Drive. At no time did Sherman ever live with Flora. In 2001, my 5 year old half sister went to live with my father, Sherman and her brother. The media erroneously reports that Sherman fled Los Angeles with his good “friend” Ken Johnston in tow into the waiting arms of his “good friend” and “beloved” Flora.

Also, the media also erroneously reported that Flora knew Sherman for 20 years, when she didn’t get to really know him until the move in ’99 to El Paso. She became his “manager representative” in helping out my father when he was sidelined by a stroke in 2003, but my father was still the manager. My father told me that they were always talking about getting back to Los Angeles and it was getting close to becoming a reality until my fathers stroke.

Now Sherman is a great man to me! He stepped in and helped my father as he tried to recover and still helped with the raising of my half siblings. He told me it was not a problem and he wouldn’t go back to Los Angeles without my father as my father helped him through the darkest moments of his life and this is the least he could do for my father. All thoughts of ever getting back to Los Angeles were squashed, but it didn’t bother Sherman.

I know a lot about the man. I would drive him to the studio during the week and he even helped promote my band (Steve Stone on Epic Associated). He even got us on the old Rick Dees Into The Night program! I would always check in with him to see how my father was doing and thank him for everything that he’d done.

If you need anything else, let me know. Thanks for listening!