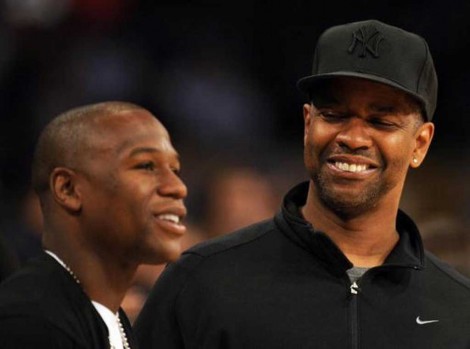 HSK Exclusive – It appears Denzel Washington didn’t get The Watson memo, advising all to “get in where you fit in.” Know why? Turns out the Boxing Ring may be the last place fit for Denzel, who sources say “got rejected” after he pulled out all the stops in hopes of landing “choice seats” for the big fight … and that goes for Will Smith too! Just ask Sam Watson.

Not much is detailed about Will’s reaction … but it is reported that Denzel didn’t take kindly to the rejection. We’re told The Equalizer star called up Sam Watson just to cuss him out for not serving him the right seating.

“Denzel called Mayweather’s camp for seats. Denzel was talking to Sam for the seats and Sam turned him over to his sons Marcus and Brandon.

Brandon and Marcus were suppose to get Denzel the seats he was asking for. When Marcus told Denzel he couldn’t get him the seats, Denzel flipped his wig.”