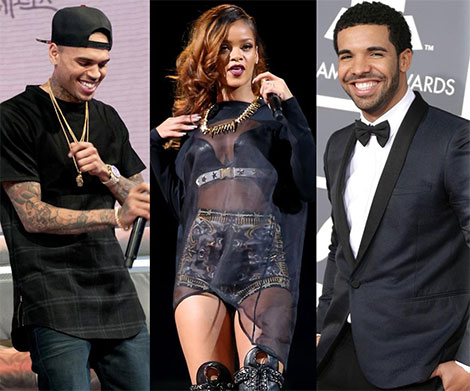 During an appearance on the Breakfast Club, Chris Brown said that, after he broke up with Rihanna, she went to a corny singer/rapper, Drake.

“That dude don’t make me no check,” said Brown about Drake. “I didn’t make no record with him. He was just in the studio. He was a fan.