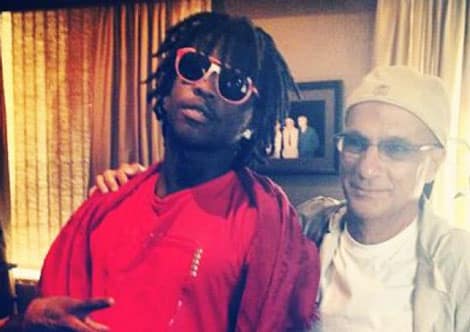 Chief Keef was dropped from Interscope Records two weeks ago and so the 19-year-old rapper took to twitter to vent. The rapper took to his social media and called the staff of his former label “old White Honkies”.

The I Don’t Like lyricist went on say since Dr Dre and Jimmy Iovine departed from Interscope Records, the label fell off.

“When Jimmy n Dre left that’s when I said f**k Interscope! Big Dick style. that’s what I signed up for not this new staff! Of WhiteHonkies!”