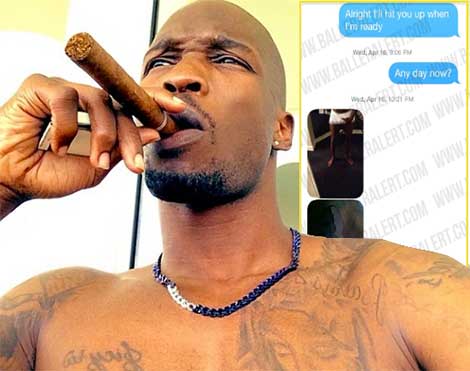 One women just put Ochocinco on blast! Don’t believe me.. Just ask Baller Alert, who landed the leaked pics of dude putting his Johnson out there. “Ochocinco has been with his girlfriend Crystal dating back until at least Christmas 2013 but apparently he hasn’t been faithful,” Baller Alert reports.

“I find it funny how his new girl (@barbie_bates_) is always on twitter talking about she doesn’t tolerate disrespect and so forth but she knows he’s not faithful and to prove it I have pics of Chad’s d*** that he sent to my phone.”