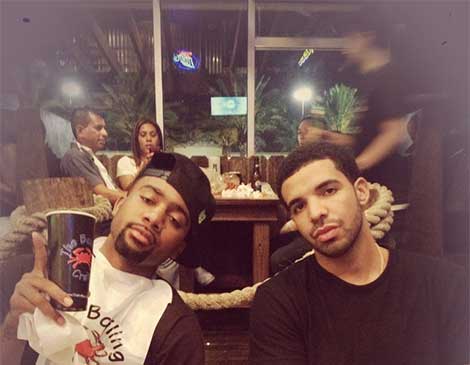 HSK Exclusive – It’s been just days since Cash Money was court-ordered to “make good” on its Drake deal with Jas Prince… and we’ve gotten word that Birdman has already covered the $4M bill!

This news comes about a year after Jas Prince hit Cash Money with the multi-million dollar suit, citing the label for “breach of contract”. Late last week, the court ruled in Jas Prince’s favor. But even though Jas Prince has collected what he was promised, source tells us that others attached to the deal can’t say the same. Just ask Cortez Bryant.

“Birdman paid Jas the money he owed him but he screwed Cortez Bryant out of millions on the Drake deal.

Cortez is screaming that Aspire Music Group owes him money but it’s Birdman who owes him millions and Birdman is refusing to pay Cortez a red cent.”

Here is what else is out there:

“In 2007 both Jas Prince discovered Drake and signed him to Aspire Music Group. Later, Cash Money approached them and wanted to sign Drake but to do so they had to agree to pay 22% of all Drake’s advances, net profits and other advances to Jas Prince & Aspire.

Jas says that in November 2013, he was still owed a total of $5 million dollars, confronted Cash Money about the money and they sent over $1 million to his bank. However, he claims that he never received the remaining $4 million from the label. He filed suit for the $4 million claiming Cash Money breached their contract.”