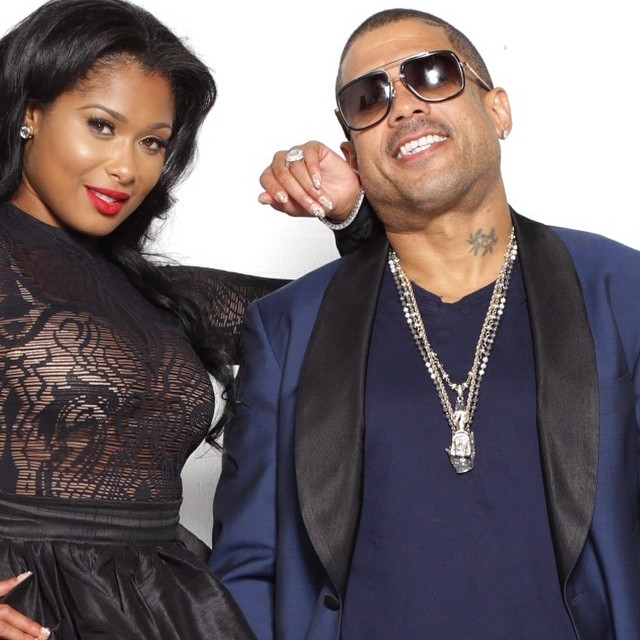 Former reality TV stars Benzino and Althea Heart are headed back to court today, and it looks like Zino’s about to get locked up!

Althea had a restraining put against him last year, and he has been violating the terms by contacting her via Twitter.

Remember when Althea went to jail for 10 days while in court with Benzino? Althea won a 1 year restraining order against Benzino including temporary custody of their son Zino. They are back in Cobb County Court Tomorrow April 11th at 1:30pm!! There looks to be 4 more “Contempt” Orders since Althea went to Jail for the first one! Someone might be going to JAIL tomorrow, and it might be BENZINO!! The restraining order says: “Respondent (BENZINO) is ordered not to have any contact, direct, indirect” with Althea ..But BENZINO has still been @‘ing her on Twitter! See screenshots. This could land Benzino in the pokey. 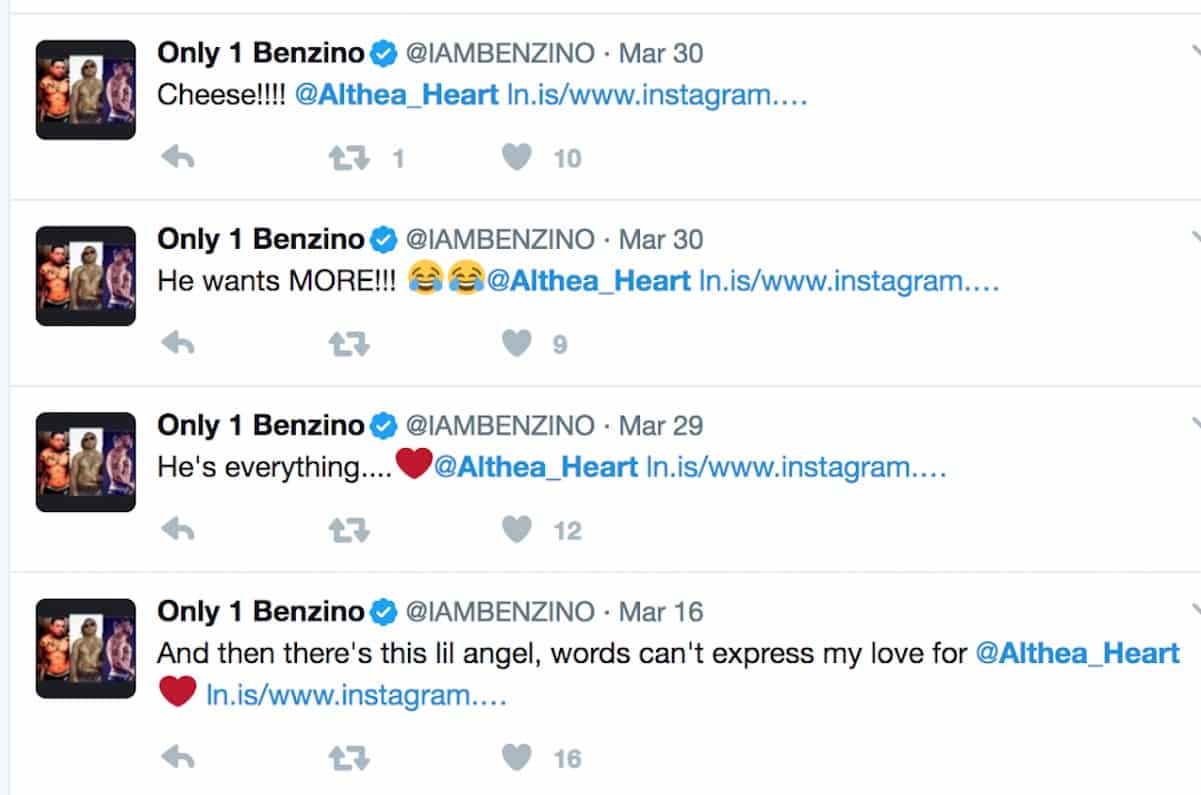