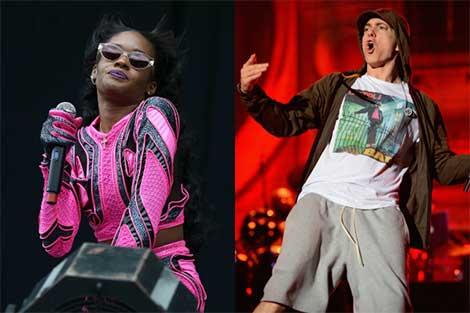 While other industry figures seem to turn the other cheek, Azealia Banks isn’t about to let Eminem slide for droppin’ lyrics talking about killing his moms.

“This is a dude who raps about killing his mother. And I think it’s casually OK that you eat Hot Pockets and suck on your sister’s titty. That’s casual in the trailer park, right? What’s up? I really don’t care. I’m not trying to f*ck Eminem, and I don’t need anything from Eminem. Didn’t he also have a song where a Black girl broke his heart and he was calling her a ‘nigger’ and all that shit? OK, Eminem.”