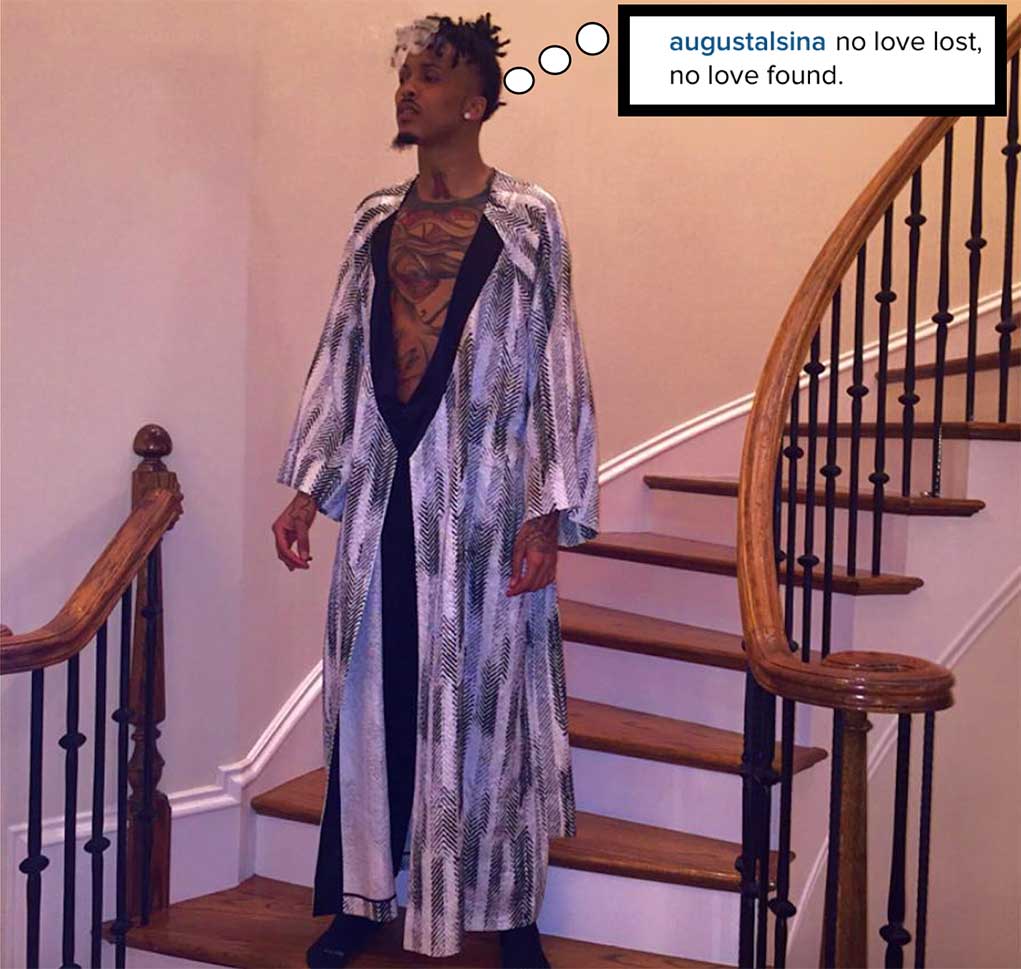 It looks like August Alsina just pulled a Trump on at least one ratchet relative. In a move reminiscent of The Donald’s infamous live-on-TV play on Sen. Lindsey Graham, putting the number to Graham’s cell on blast — so too has August aired out one very foul family member’s personal digits! Know how? The 23-year-old “Testimony” posted a screenshot of a set of turnt texts, along with the number the texts were sent from, to his IG and Twitter accounts with the caption “Messages from my family.”

“This fame shit got my whole family gone backwards! WATCH these people on your way up.” ~August Alsina

There’s no question that the triggering messages are clearly based on malice, sent to the “Song Cry” singer by an obviously jealous and bitter bully that can’t stand bearing witness to true testimony of talent emerge from New Orleans’ Very Own, August Alsina. Don’t you agree?

“One of his family members is alleging that August is gay and that his whole album was a lie. The family member claims he was never homeless, and they stated that he had his own brother killed.”

Take a look at the texts: 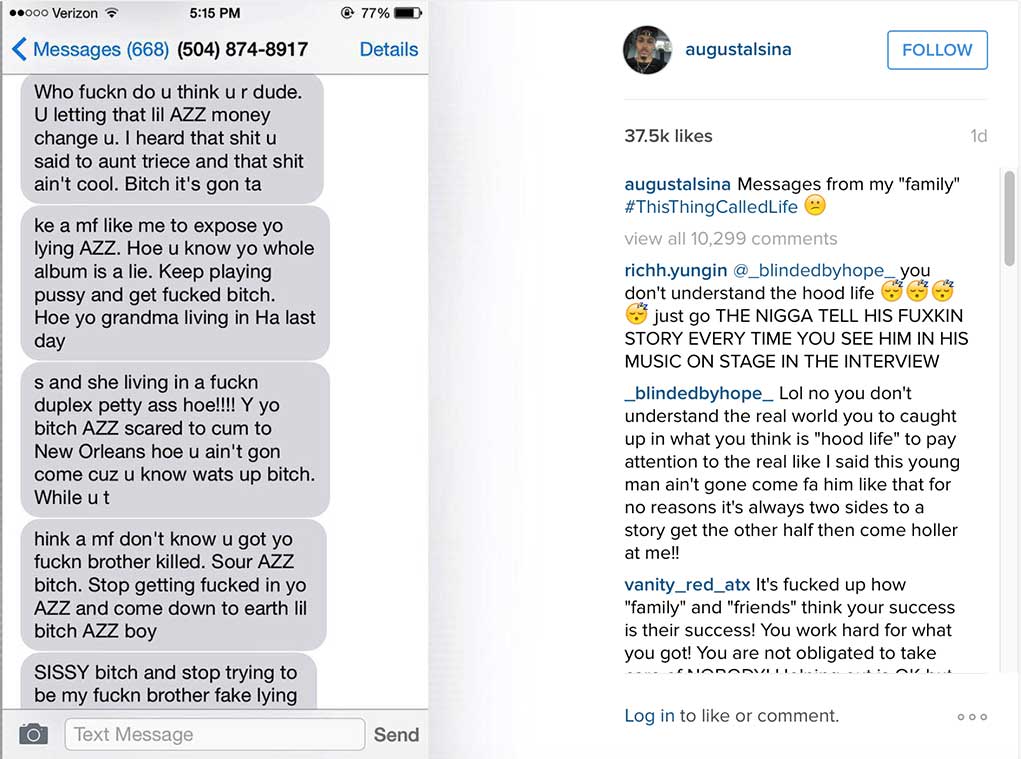