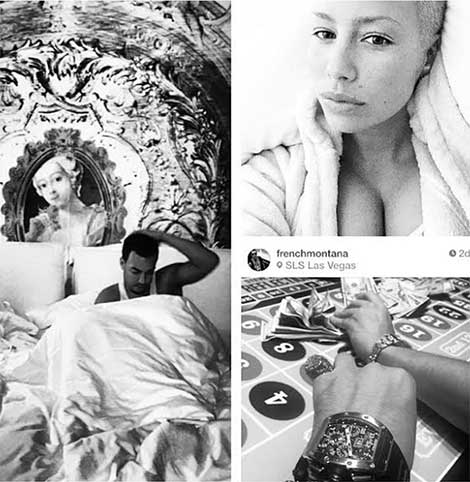 According to blogger, Honey German, Amber Rose and Frenchie Montana may or may not have knocked boots during the NYE celebrations in Vegas.

“A source close to French’s camp reached out on January 1st to tell us that Amber allegedly quietly flew in (on French’s tab of course) to Las Vegas to ring in the New Year with the rapper and brought along her twerk partner and BFF Blac Chyna.

Later that night, French and Amber are said to have reportedly left their respective entourages behind and retracted to his hotel room. The two never came back out and his Coke Boys along with one annoyed Chyna were picked up in a chauffeured car sent by ‘Love & Hip Hop Hollywood’ star Mally Mall. The abandoned homies all hit up a strip club together while French and Amber never resurfaced for the remainder of the night from his hotel room.

The source also revealed that Amber and French have been discretly “hooking up” since this past November but are being extremely quiet about their special friendship since neither one is looking for a serious relationship with the other.”