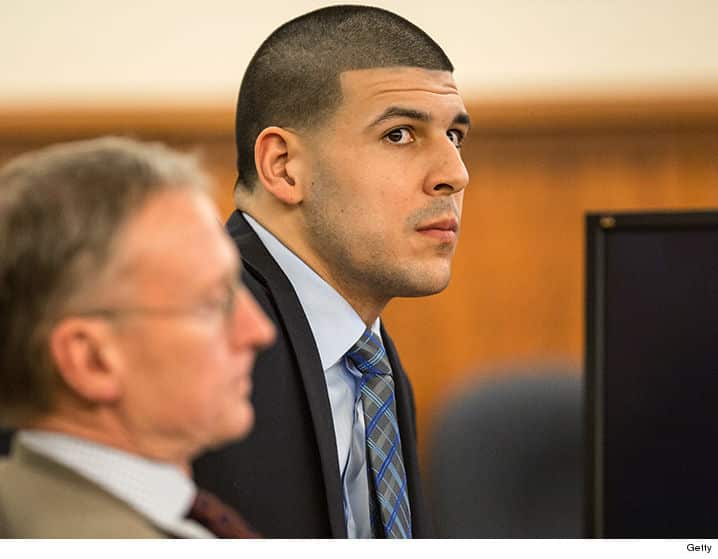 TMZ Sports has obtained the suicide note Aaron Hernandez wrote to his fiancee, Shayanna Jenkins-Hernandez — in which he tells her she will be RICH after he kills himself.

It’s not hard to connect the dots. In Massachusetts, when someone dies after being convicted of a crime, they are only considered guilty postmortem if their appeal process is exhausted.

In Aaron’s case, his murder conviction was pending appeal. Therefore, under MA law he died an innocent man.

As a result of dying innocent, the New England Patriots cannot justify firing him and denying him the remainder of his salary ($6 mil) so the team may have to pay that money to Aaron’s estate and it appears Shay is the beneficiary … and Aaron knew it.

So, there’s a strong smell Aaron may have killed himself so his fiancee could be set for life. 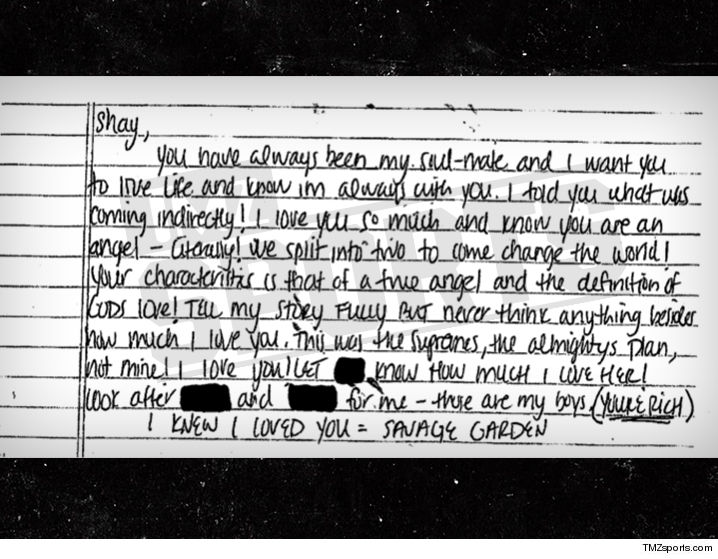