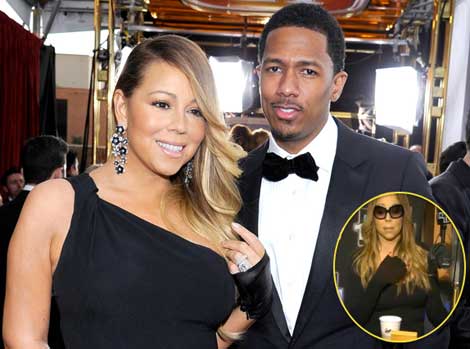 Mariah Carey’s recent NYC radio interview reveals she’s not only dealing with Nick putting her on the back burner, she seems to be suffering separation issues because of the situation. Don’t believe me.. Just ask DJ Envy, who asked Mimi what she and Nick are doing for Valentines Day.

“He’s not even gonna be at home from what I hear now.” -Mariah

During the conversation… MiMi set off a long PAUSE between The Breakfast Club radio personalities after she revealed she’s fired a number of nannies, “because they try to make themselves more important in the babies’ minds than me.”

Here’s what Mimi had to say about Nick’s absence, over of 105.1 radio airwaves:

Nick released a press release but I have not agreed to those terms. Nick Jumps The Gun. He jumps the gun and that’s all I gotta say. Nick and myself need to sit down and work out detail and line by line each thing we’re doing.”