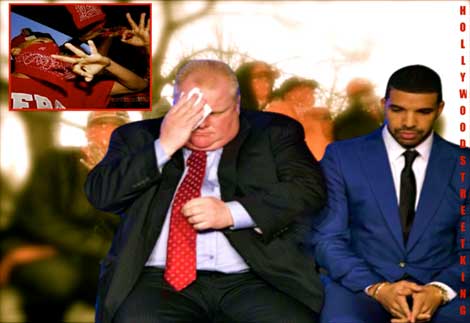 HSK Exclusive – We’re getting word that Mayor Rob Ford and Aubrey ‘Drake’ Graham both have the same Blood behind them … but it’s not the kind of Blood you may be thinking!!! We’re talking Toronto’s notorious Bloods gang, reported to have served Ford up with drugs — while providing Drake with street protection. Don’t believe me.. Just ask Chubbs!

According to our tipster, the controversial ‘crack-smoking’ Mayor, and the northern city’s top lyricist, both share secret street ties to the Bloods of Toronto’s Scarborough and Etobicoke city sections.

“Mayor Ford buys his crack from the Bloods in Etobicoke. Drake pays off the Scarborough Bloods so he can roam the streets without getting robbed like he used to.”

“Rob Ford is a gangsta he got connects with Toronto Bloods. As for Drake, he used to get robbed all the time but that shit stopped once he started paying off the Kingston and Galloway Bloods … and them cats invested Drake’s street money into buying big quantities of coke.” 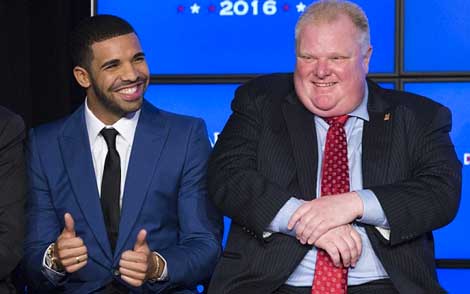