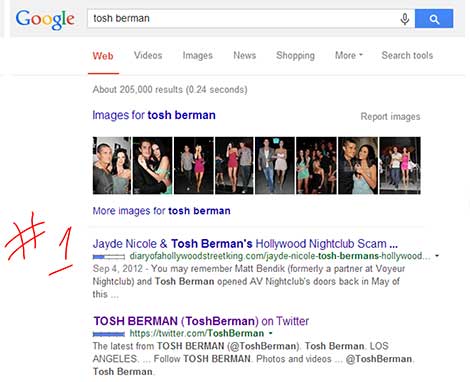 HSK Exclusive – January 17th 2014 was the day it all came crashing down for Tosh Berman and Jayde Nicole’s Hollywood dreams… This after a lawsuit against the pair was filed in the Los Angeles Superior Court and accuses them and other co-defendants of a massive fraud and the embezzlement of millions of dollars from their Hollywood AV Nightclub business venture.