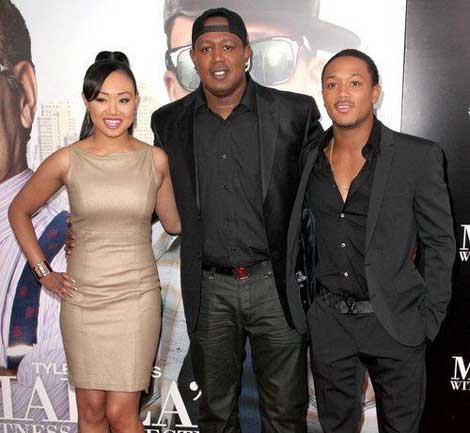 HSK Exclusive – He may be the founder of No Limit Records, but Master P seems to be setting race limits for the women welcomed into his family.

Now, it doesn’t seem coincidental Master P and his brothers – Kevin Miller and Silk Da Shocker all have children with Filipinas.

This news comes as one of Master P’s six children, half-Filipina daughter Cymphonique Miller, is heartbroken after her “How To Rock” Nickelodean television show was cancelled. Sources say the program was serving as a stage to keep Romeo in the spotlight.

Now, the No Limit Records founder is said to be outraged. Sources say despite the cancellation, the pair of mixed Mater P-kids only get such opportunities because of their complexions.

Here’s the drop according to GJ:

“Silk da Shocker, who has kids by Cymphonique’s mother’s sister, is trying hard to get his son in the entertainment industry, but has failed.

They touched base’s on the fact that Silk was with Mya for years, but broke up with her because he thought he would have better looking kids with a non-black woman. Silk got that twisted attitude from Master P, who said he wanted to have a mixed child he could get into show business and profit off of and stay in the limelight.

Kevin’s son by one of those Filipino sisters. Sonya, his wife or whatever you wanna call her know, is strung out on heavy duty drugs because of all his affairs and outside kids. The Filipino mother of Cymphonique stays out of the spotlight, orders given by Master P. So she continues to enjoy a lavish lifestyle that she has had for years.”