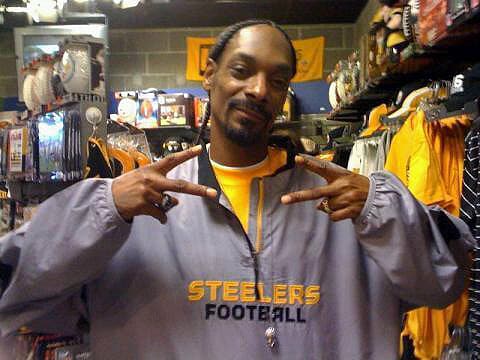 If it makes dollars… It makes sense!

Star from the “Star & Buckwild” show, is back dissing Snoop Dog and this time the radio jock is calling the “Doggfather” a Pittsburgh Steelers d*ck rider.

Here’s what else Star had to say to Snoop:

“Bitch nigga, the Steelers had four mothaf*ckin Super Bowls when you were seven-years-old. Fuck outta here. Oh, we gonna talk about this shit today. I may not be the big football enthusiast I used to be once upon a time, but God damn, the home is where the heart is. I been in Pennsylvania over 35 f*ckin years. Eat a dick, nigga…He’s been a Pittsburgh d*ckrider. He lives in California. Long Beach to be exact.

People who really understand the history of f*ckin football look at this ni*ga for the joke that he is. He’s equivalent to Spike Lee with the f*ckin New York Knicks. He’s a hex. The Steelers don’t need him. Four f*ckin Super Bowls, Chuck Noll put on the map. When this mothaf*cka was out in Long Beach, California running around in dirty ass f*ckin diapers and drinking expired Similac.”